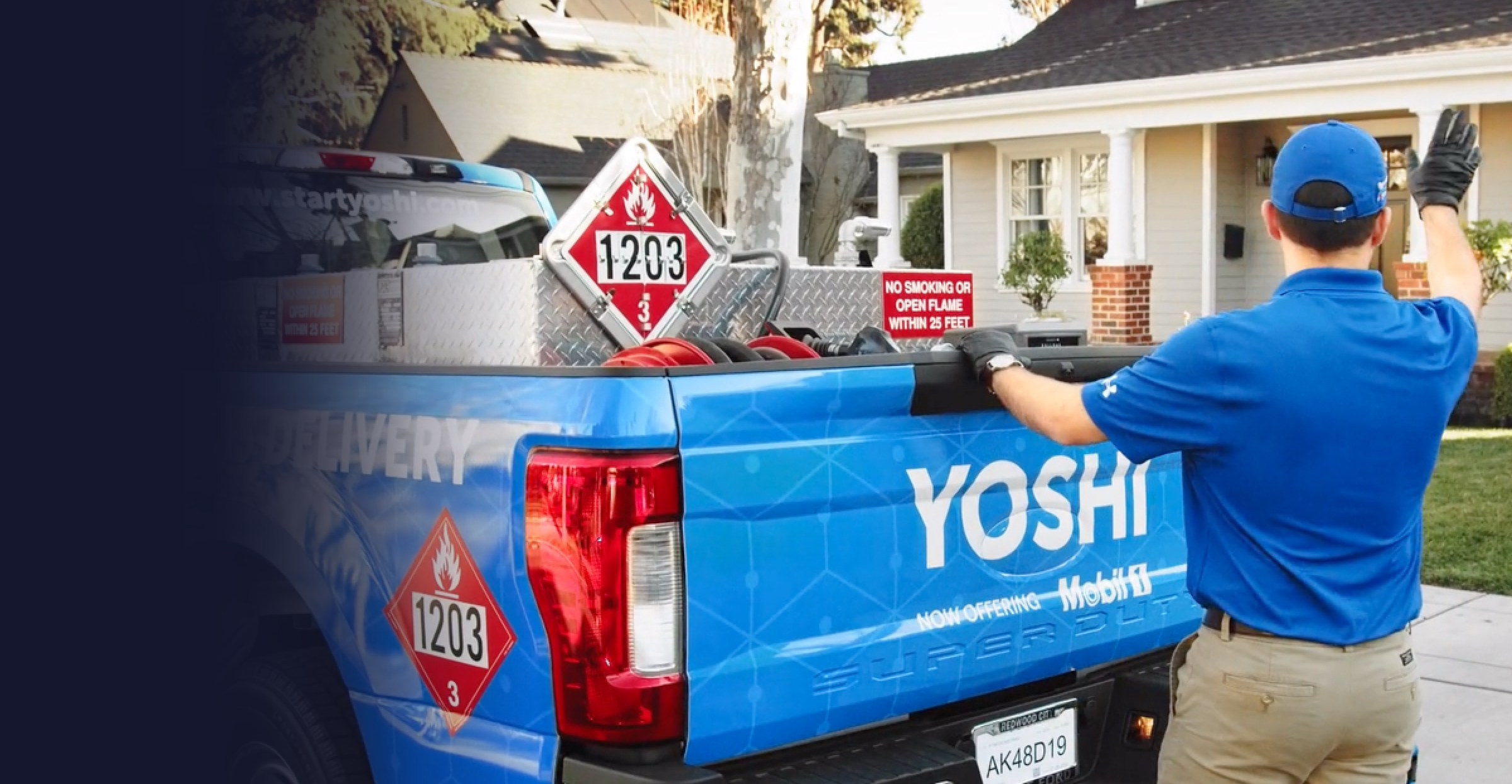 Founded in 2015, Yoshi is a mobile-powered gas and auto service delivery company. The company’s gas trucks and service vans visit your home or business to top off your tank, put air in your tires, wash your car, change your oil and more. Personal and corporate clients log into the app to order services and schedule a visit, and get notified when services are complete.

“PhoneBurner has been great for our growth strategy. It was fundamental. We’ve been growing like crazy.” Yoshi isn’t just a startup. It’s a company providing a service people have never seen or experienced before. As the company started amassing a “big backlog” of leads, it became clear that a multi-pronged outreach process could take Yoshi to the next level.

Existing customers needed nurturing - both to help them understand and use the mobile service, and to elicit feedback to drive product development and marketing initiatives. With hundreds of thousands of app downloads, there was also a massive opportunity to grow revenue by increasing conversions.

After trying several solutions, PhoneBurner’s hands-on support won him over. “It’s a very engaged team. We have very personal relationships with the people at PhoneBurner. That’s been amazing.”

Hunter set up campaigns to target both prospects and customers, and used PhoneBurner’s LeadStream to automatically distribute nearly 40,000 contacts to his new reps. Pre-recorded voicemails and one-touch emails were used to increase efficiency and maximize touchpoints, building upon a healthy 20% live answer rate.

Thanks to an integration with Yoshi’s custom CRM, new leads and recent cancels automatically flowed into PhoneBurner for reps to call. “We’ve automated that whole process, saving us hours and hours and hours of time,” explained Hunter. The integration also facilitated the collection of valuable data, like the ability to tie customer transactions to specific phone calls.

With PhoneBurner as their “go-to tool” Hunter’s team flourished, reaching a peak of nearly 10,000 calls per week. “It just allowed us to scale,” added Hunter. “We wouldn’t have been able to do that.”

Yoshi’s outreach has unlocked value in every corner of their contact list. Calls to existing customers increased usage and satisfaction, driving both revenue and retention. They also elicited feedback which was used to iterate the product and improve marketing and front-end conversions. Prospect calls have generated thousands of new users, with new leads continually filling the funnel. By targeting newly churned customers, reactivations are on the rise as well.

With sales and satisfaction sky high, the company continues to expand its gas and automotive service delivery to metro areas across the US.